The Night – by Cathalijn Wouters

Cathalijn Wouters’ work is elegant. First of all, because of her brush lines. In their refined gracefulness these sometimes almost become Eastern calligraphy. However, her work is equally elegant in how she tentatively explores her own place in art history. She doesn’t react against things. And she certainly doesn’t gratuitously imitate either. In referring to, for example, Henry Mathis or Pablo Picasso, she doesn’t simply borrow from them, but bravely relates herself to their work. By diverging her influences, Wouters reveals completely who she is. 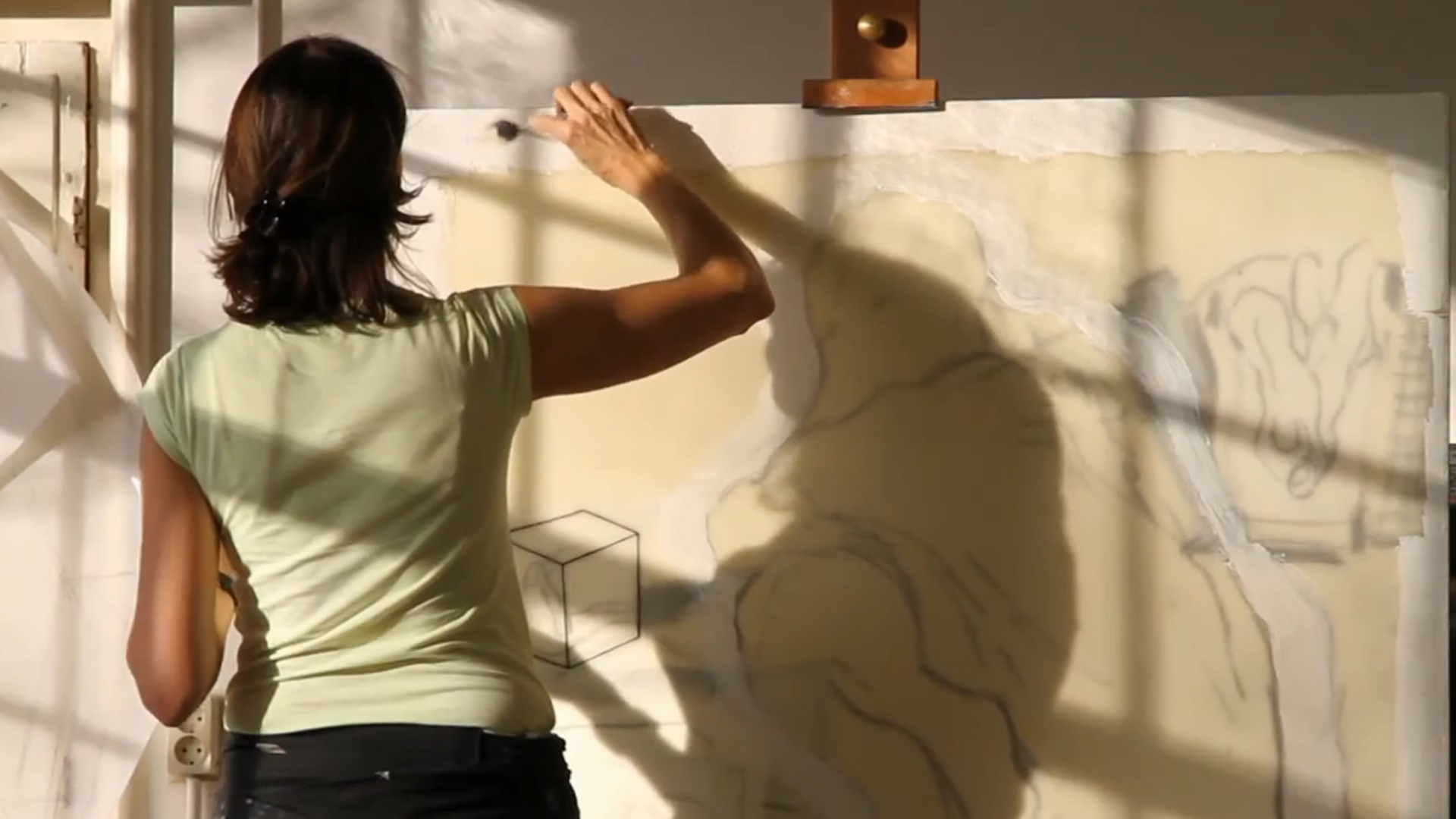 Like framed photographs on the mantelpiece reveal lineage.In her most recent paintings, the artist’s studio takes central stage. It’s a remarkable subject. All studios look alike. All studios are different, in their own way. This is because the studio space is pre-eminently ambiguous. On the one hand it is a place where the artist withdraws from the world, where she closes the door to its restless confusion and throws herself back on the most essential and frankly only thing at her disposal: her technique and her personality.

On the other hand, the studio is like a foxhole, a hidden bivouac from where the artist can meticulously observe what is going on in the world. The windows of the workspace become a magnifying glass. In fact, they shrink the artist’s view but at the same time this concentrated focus enhances and intensifies her look.

Wouters canvases are prime examples of this. Either consciously or not, much of the environment of her studio ends up in her work. In some paintings, stylishly curved lines remind one of the beautiful TREE in the inner courtyard she looks out on. Other paintings show colorful but erratic patterns that are strongly reminiscent of the picturesque jumble of alleys, streets, and waters in the neighborhood of her studio. Together with the above-mentioned quotes from the work of the great, world famous painters they provide a view of what Wouters is concerned with and what also defines her, in a way.However, that is not the whole story.

No matter how much from the visible and tangible world wafts into her work, Wouters’ paintings are, in at least equally important measure, about what is not visible or tangible – feelings, thoughts, longings.